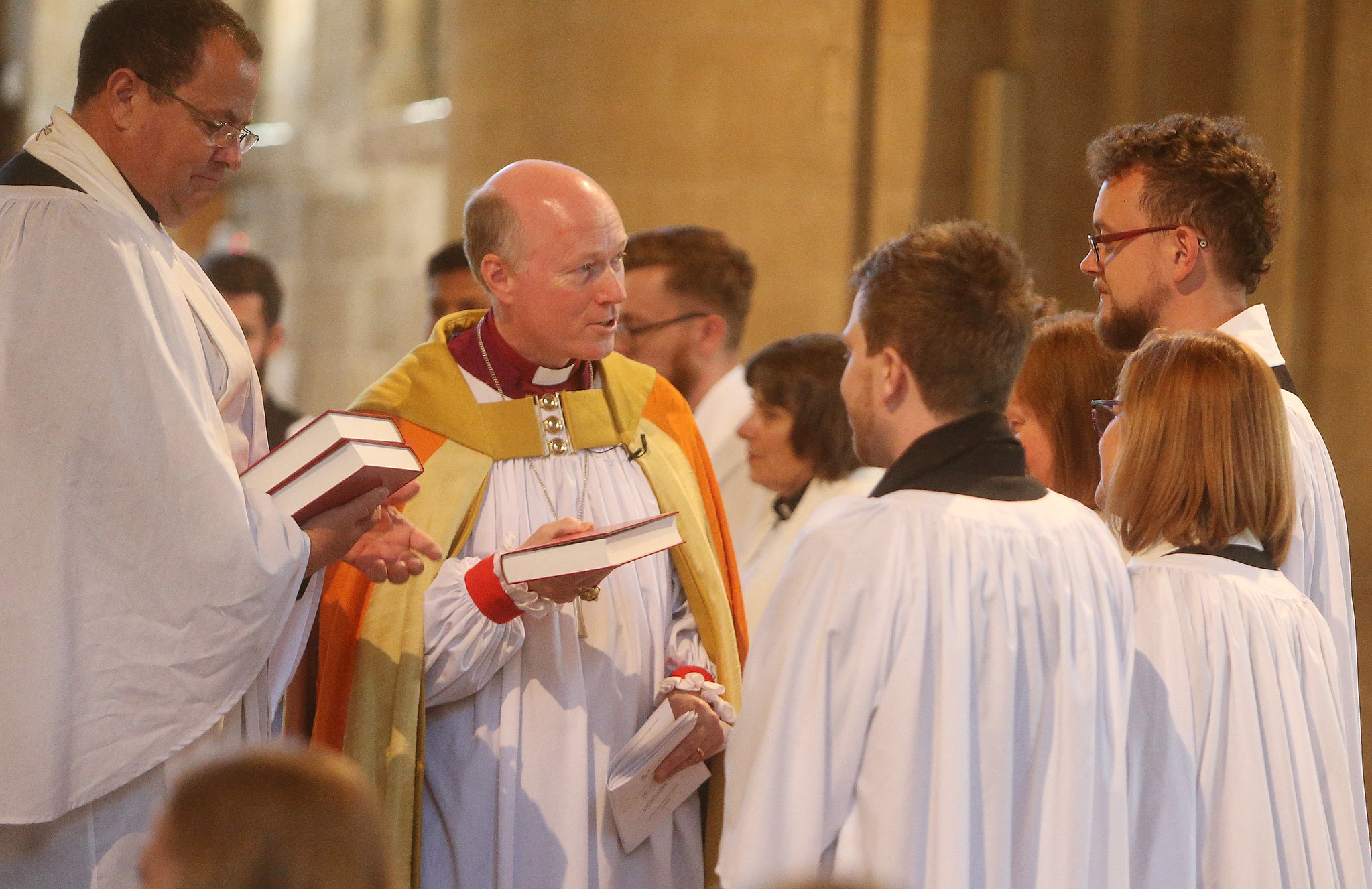 The Rt Revd Paul Williams is our diocesan bishop and has overall pastoral responsibility for our clergy and parishes of this diocese. Bishop Paul grew up in Somerset and studied at Durham University. After a short time as a Youth Minister, he trained for ordained ministry at Wycliffe Hall, Oxford. Bishop Paul served his curacy in North London at St James’, Muswell Hill, from 1992 to 1995 and then as Associate Vicar at Christ Church, Clifton, Bristol, to 1999, working especially with students from across the city. From 1999 to 2009 he was the Rector of St James’, Gerard’s Cross with Fulmer in South Buckinghamshire, where the church saw significant growth and became a creative hub for mission in the region.

In 2009 Bishop Paul was ordained Bishop of Kensington in the Diocese of London, overseeing the Church’s mission across a diverse and dynamic Area of West London covering six boroughs. During this time he was closely engaged in planting and grafting new churches and pioneering new forms of leadership training, notably with younger leaders. Bishop Paul’s experience of ministry among children and young people also led to the establishment of an innovative team working in secondary schools across West London.

In June 2022, Bishop Paul took his seat in the House of Lords as one of the 26 Lords Spiritual.

As diocesan bishop, he continues to work closely with the discernment and nurture of younger vocations and the development of leaders in all areas of society, as well as church planting and pioneering new forms of ministry in a dynamic young city and diocese with very diverse communities and cultures. Bishop Paul is married to Sarah, and they have three sons. They are also foster carers and closely engaged in the wider issues relating to the care of looked-after children. Bishop Paul’s father is a retired electrical engineer, and his late mother was among the first women to be ordained priest in 1994. His wider interests include various sports, especially cricket and football. He has eclectic musical tastes, with a particular affection for jazz and blues.

The Rt Revd Dr Andrew Emerton was consecrated as the 5th Bishop of Sherwood in September 2020. Bishop Andy was ordained by the Archbishop of York to become the fifth Bishop of Sherwood in a Service of Consecration at York Minster on 21st September, 2020. Bishop Andy is our suffragan bishop and works closely with Bishop Paul in overseeing the mission and ministry of the Diocese of Southwell & Nottingham with particular oversight for vocations, ministry to children and young people and strengthening representation of leaders from our global majority heritage.

Bishop Andy was educated at York University, and Queen’s College, Oxford and has a background in scientific consultancy and youth ministry prior to training for ministry at Ridley Hall, Cambridge. He served his title at Holy Trinity Brompton in the Diocese of London and was ordained Priest in 2006. Prior to his appointment as Bishop of Sherwood, Bishop Andy was part of the leadership of St. Mellitus College, serving as Dean since 2015. Bishop Andy brings to the Diocese considerable experience from 12 years’ supporting the nurture and development of hundreds of future clergy and other leaders whose early years of training is undertaken in the context of a local church. Bishop Andy is married to Liz, who is currently part of the Senior Leadership Team at a school in London. They have three school-age children. Bishop Andy enjoys playing and watching sport and appreciates the proximity of Trent Bridge, local football grounds and golf courses.