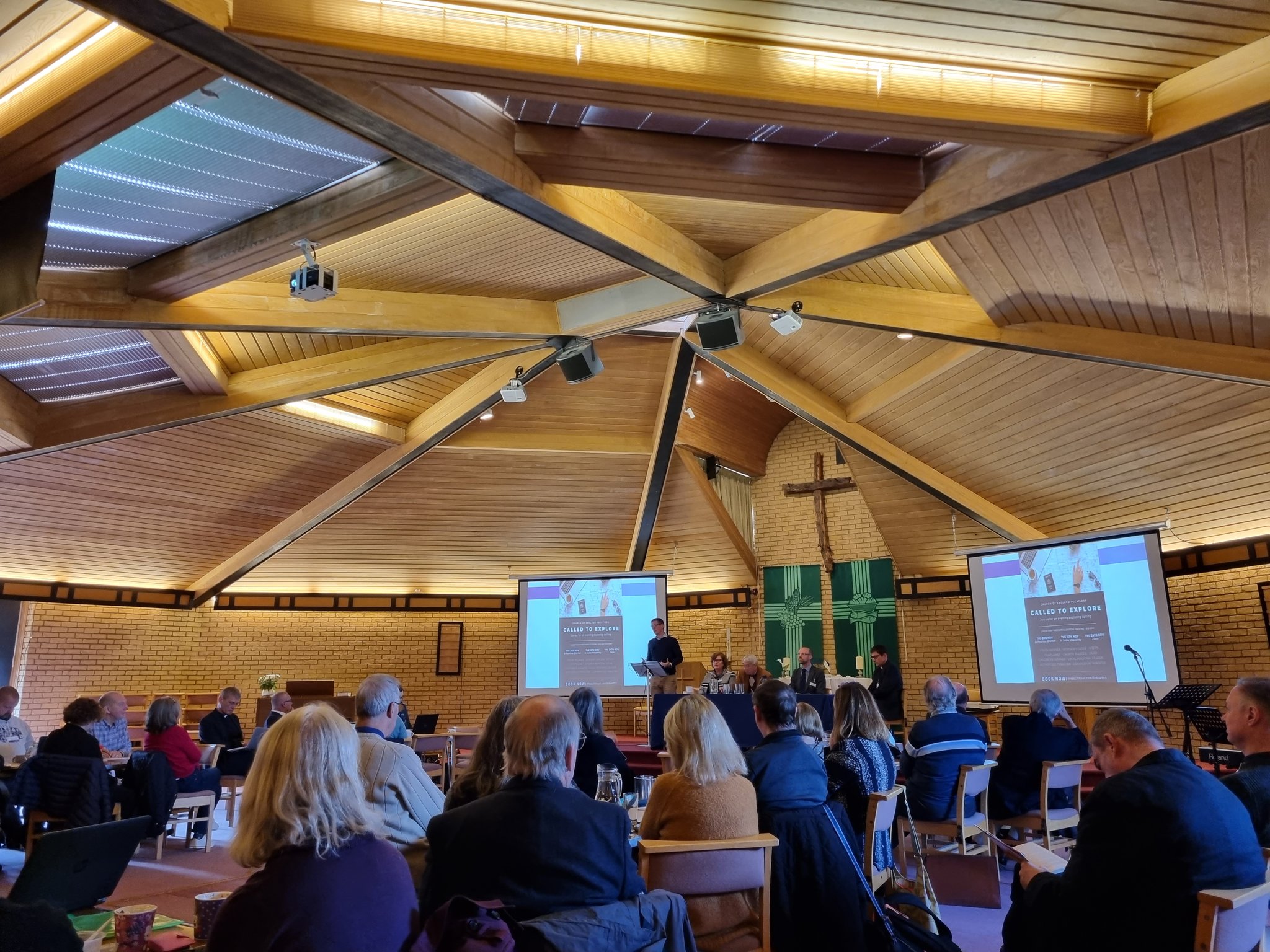 The Revd David McCoulough reflected on the challenges of the pandemic and those being experienced at present, sharing examples of how churches have and are responding to serve their local communities, whilst sharing the love of God as members deepen their own discipleship. The Revd Nikki Bates shared how a community food project at Emmanuel Church Bestwood has developed through the pandemic, which has been recognised with a ‘Pride of Gedling’ award. The Revd Sam Hustwayte shared the community food initiative at St Wilfrid’s Calverton to address hidden food poverty. Megan Upton, Community Engagement Pastor at St Leo’s Basford, spoke by video about a number of initiatives, including the use of the church grounds for social prescribing referrals.

Mr Martin Cooper, Diocesan Chief Executive, shared how funds from the national church were being used to support those serving in ministry during the cost of living crisis through the Ministry Hardship Fund  This included clergy (stipendiary/curates), SSMs and salaried staff employed by the Diocesan Board of Finance or parishes.  Synod members were encouraged to share the message to reach those employed by parishes. The first round, in August, resulted in 25 applications and the second round closed at the end of October. A reminder would be circulated next week.

Bishop Andy gave an update on the refresh of the strategic vision.  Work was ongoing to evaluate and monitor what had been happening since 2016 and looking at the landscape for mission. The parish refresh video was shared and encouragement given as it was important to hear from the parishes directly – looking back at key learnings since 2016, as well as forward to towards 2030.

Bishop Paul highlighted the Diocesan Days of Prayer which were to give focus over the next 12 months, to come together to seek God and to be watchful and expectant. As well as focused events throughout the diocese, there would be a quiet space for prayer at Evensong at Southwell Minster (5.30pm).  There would also be a prayer and worship gathering in the State Chamber at 7.30pm with a light supper in between at Bishop’s Manor.  More information would follow shortly.

The Revd Craig Hunt attended Diocesan Synod to share and update Synod on vocations, including good news of a young and diverse Licenced Lay Minister (LLM) cohort this year. Craig gave highlights in terms of ordained vocations, including a significant increase in the proportion of younger ordinands.

The Caleb stream was a new initiative, for experienced leaders to train for self-supporting ministry over one year to add capacity in parishes.  An encouragement was given to anyone thinking about their calling to attend forthcoming events in each Archdeaconry and online – further information is available on the learning hub.

Mr Robert Cleave, Diocesan Environmental Officer, presented to Synod.  He was delighted, as the Season of Creation was marked, to be able to announce that the diocese had achieved Bronze Eco Diocese status from A Rocha, the Christian environmental charity.

The current diocesan position was: 73 Eco Churches, 17 of which had achieved Bronze and 7 Silver. These numbers were constantly growing.

One initiative launched at Synod was a Caring for Creation Small Grants Fund.  Parishes can apply for a one-off grant up to £250 on a match funded basis. Details and form on the website shortly.

Canon Michael Arlington, Chair of Finance Committee, shared a presentation on the 2023 budget. He emphasized the decision to maintain the core ministry numbers, recognising the present level of vacancies was due to the Diocese ensuring it had the right people in post to ensure growth, rather than budgetary constraints.

It was recognised times remain uncertain.  Parish share had been maintained over the last couple of years and it was envisaged this would continue for 2022.  Churches would be facing high energy costs and it was unknown at this stage what impact it would have on share payments. Inflation was a concern..

In summary the Diocese remains content to operate with a deficit budget, to be funded from the sale of historic assets. The Diocese could not continue to live beyond its means, which would be considered as part of the review of the strategic vision for 2023 – 2030. Generosity at parish level could influence what could be achieved at Diocesan level.

Michael recommended the budget to Diocesan Synod, as affirmed by Bishop’s Council on 21 September, which was approved by Synod.

Synod formally approved the election process. The Revd Canon  Mark Tanner highlighted that the DBE had moved to a much more missional focused Board which was exciting and he encouraged nominations for election.

Mr Martin Cooper presented to Synod, in the absence of Mr Barry Earnshaw, Independent Chair of the Diocesan Safeguarding Advisory Panel (DSAP). The national Past Case Review 2 (PCR2) report is expected to be published during w/c 3 October, with the executive summary  of the Southwell & Nottingham Diocesan report shared later the same day on the Diocesan website.  A communications plan was in place.

The Safeguarding pocket guide was highlighted and copies were available from Julian Hodgson, Diocesan Safeguarding Adviser, after the meeting had concluded.

A report was received by members, written by The Revd Becky Hancock, General Synod member.