Safeguarding Find a Church | Our People | Search | Contact Us 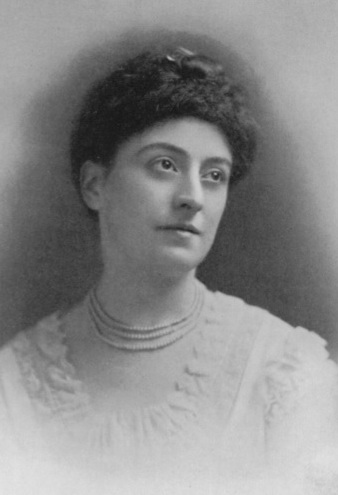 Today, a service at St Helena’s Church, Thoroton celebrated the life and work of Christian, Ethel Gordon Fenwick who is often called “the first nurse” after she campaigned throughout her life for nationally recognised qualifications and a register for nurses.

Ethel was instrumental in establishing the International Council of Nurses in 1899 becoming their first president, she also owned the British Journal of Nursing and was a founder member of the Royal British Nurses Association.

Born in Scotland in 1857 as the daughter of a late wealthy doctor, the family moved to Nottinghamshire when her mother remarried. Her stepfather was George Storer, Member of Parliament for the South Nottinghamshire constituency. Ethel’s early life was spent at Thoroton Hall.

At the age of 21, Ethel commenced nurse training at the Children’s Hospital in Nottingham as a paying practitioner. After a move to Manchester, she was appointed as one of the youngest Matrons in England at St Bartholomew’s hospital in London. She held the post until 1887 when she resigned to marry Dr Bedford Fenwick with whom she had one son.

She died at the age of 90 and her ashes are interred in the family grave at St Helena’s Church, Thoroton. Ethel’s funeral was recounted in the British Journal of Nursing and it reflected on her love of the church.

This service was originally scheduled for March 2020 but had to be cancelled due to the coronavirus pandemic. The World Health Organisation designated 2021/22 as The International Year of the Nurse and the Midwife.

The International Council of Nurses have generously paid for the restoration of Ethel’s grave. The Royal British Nurses’ Association have donated an oak memorial bench and was presented at the service alongside a commemorative plaque from the League of St. Bartholomew’s Nurses.