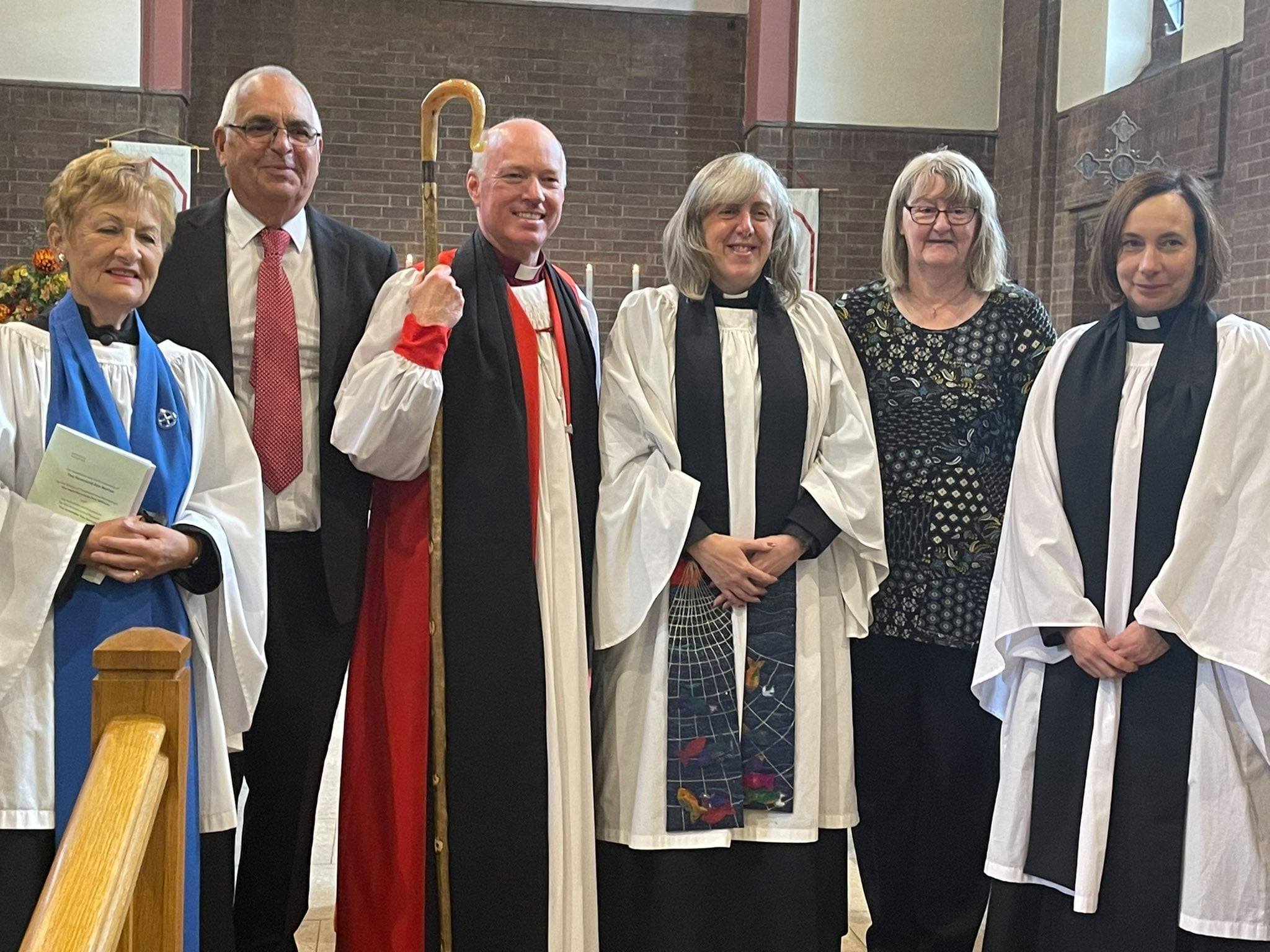 The bishops have recently led a number of licensing services for clergy who have taken up new appointments across the diocese as well as overseen parish services of welcome for those who were previously licensed online last year due to restrictions.

Bishop Paul Williams said: ‘It has been such a blessing to welcome in person those clergy who have stepped into new roles during this time – those who have only recently relocated as they follow God’s call to serve among us, and some of whom began their ministry during the pandemic lockdown and were therefore not able to be formally welcomed within their parish communities.’

Revd Jack Bull
Revd Jack Bull, previously the Assistant Curate of Woodthorpe, has been licensed as Priest-in-Charge of Daybrook.

Revd Zoe Burton
Revd Zoe has been instituted as Vicar of the United Benefice of Blidworth and Rainworth and commissioned as Area Dean of Mansfield Deanery. She was previously the Priest-in-Charge of the Parish of Ollerton with Boughton.

Revd Helen Chantry
Revd Helen has now been collated as Vicar of the Benefice of Hucknall, St Mary Magdalene with St John the Evangelist. She was formerly the Vicar of Wybunbury and Audlem with Doddington, Rural Dean of Nantwich, and Hon. Canon of Chester Cathedral in the Diocese of Chester.

Revd Richard Hanford
Revd Richard, formerly the Assistant Curate of St Anne’s, Worksop, and of Norton Cuckney, has been licensed as the Priest-in-Charge of Ollerton

Revd Chris Lee
Revd Chris was welcomed as Vicar of St John’s with St Mary’s Mansfield, he was formerly the Assistant Curate at Newark Parish Church.

Revd Chris Lion
Revd Chris, formerly Joint Senior Pastor at Latimer Church in the Diocese of Oxford, has been instituted as the Rector of St Mary Magdalene with St Leonard, Newark.

Revd Dr Jonathan Mole
Revd Dr Jonathan, previously of St Luke’s Church, Gamston and Bridgford, has been collated as the Vicar of the Benefice of Lady Bay and Holme Pierrepont.

Woven Team
Revd Richard Atkinson, Revd Lydia Corbett, Revd Peter Huxtable, and Revd Emmie Walford were formally welcomed in a service of Thanksgiving for the team appointed into the Woven family of churches.

Revd Naeem Bahadur
Revd Naeem, currently Assistant Curate at All Souls and St Peter’s, Radford will be the interim Priest in Charge of the same parish. His licensing date will be announced soon. We send congratulations to him on his upcoming role.

Revd Denise Dodd
Revd Denise, currently Chaplain and Office Manager to the Bishop of Durham, has been formally announced as the new Vicar of St Mary’s, Greasley. We look forward to welcoming her back to the diocese.

Revd Mike Forsyth
Revd Mike, formerly Assistant Curate for the benefice of Chilwell with Inham Nook, is to be Vicar of St James, Porchester. His licensing will now take place at St James on 11 November. We look forward to welcoming him officially.

Jodie Price
Jodie joined the diocese as our new digital communications lead in mid-September. She will be supporting the diocese with social media. If you need any assistance, please email comms@southwell.anglican.org

Gill Wahlers
Gill retired from her Administrative Assistant role at the end of August. We thank her for her hard work and wish her a happy retirement.

Revd Lynn Raynor
Revd Lynn, who was the Associate Minister in the Epperstone, Gonalston, Oxton and Woodborough Benefice, has resigned due to health issues. Her last Sunday was 29 August 2021. We are thankful for her years of devotion to the diocese.

Revd James Moring
Revd James Moring, former Assistant Curate in the Aspley Benefice, has moved to be Team Vicar in the parish of Glascote and Stoneydelph, Tamworth, in the Diocese of Lichfield. We wish him every success for the future.

Jo Kaiser
In September, Jo left her Receptionist and Administrative Assistant role for the Diocese. We wish her all the best in her future endeavours.

We Hold in Our Prayers

We continue to hold in our prayers all of the families who are grieving at this sad time: