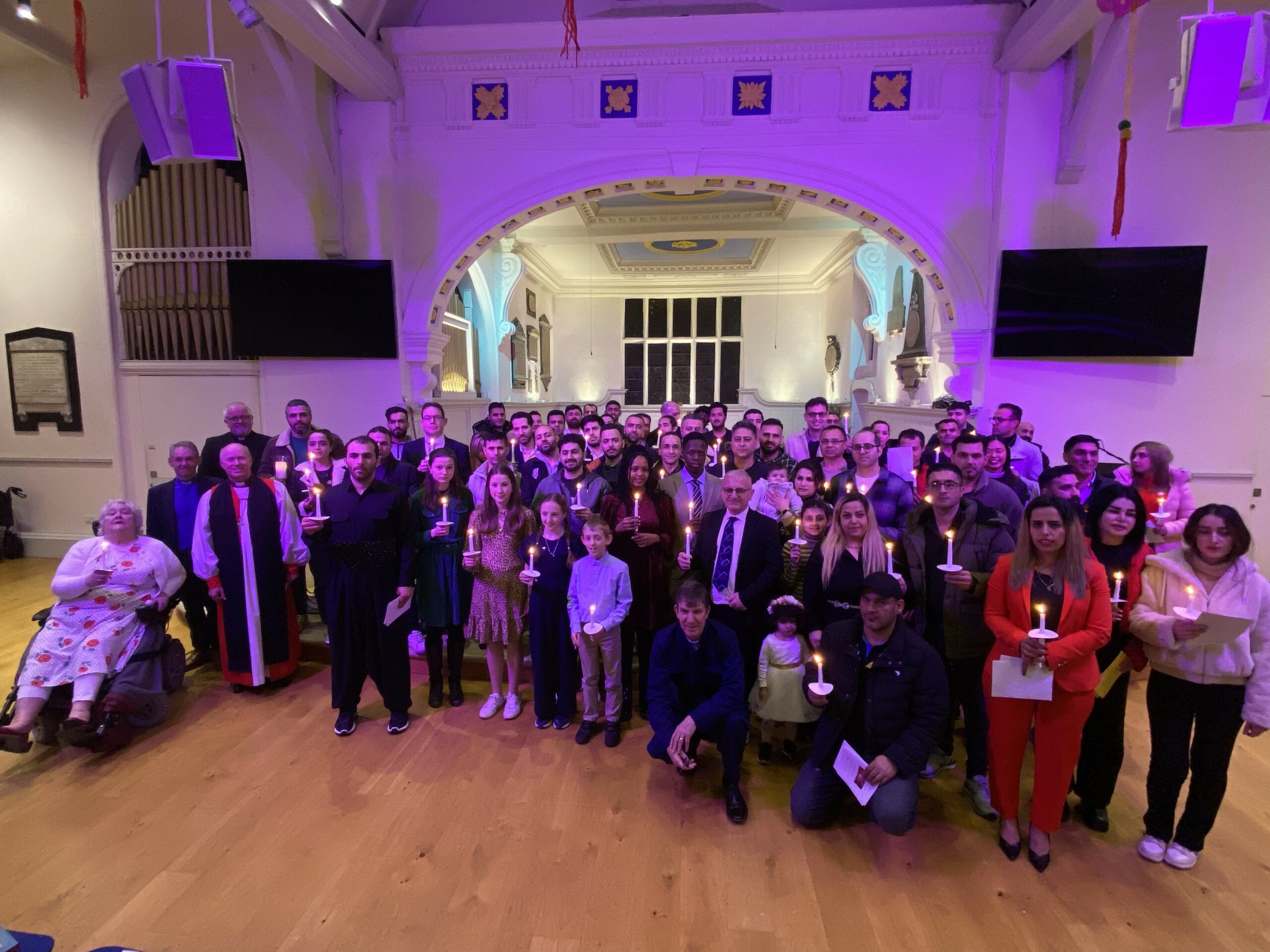 There were 4 candidates from St Nic’s, 5 from St John’s Beeston, and 55 from St Stephen’s in Hyson Green. Of those born in countries where Islam is the predominate religion, around a third had come to faith in Jesus since arriving in the UK.

There was a moving testimony from one man who was forced to leave his home country because of his Christian faith. He hasn’t been able to see his wife or young child for a year. Another candidate, Andrew, from St Nic’s, joined an Alpha course two years ago and says it has changed his life. He said that his previous perception of Christianity was very different to the one he experienced in church, and now he has committed his life to following Jesus.

Speaking after the service, Bishop Paul said: “Seeing 64 followers of Jesus publicly confirming their faith has been a such a moving and memorable witness to the power of the Holy Spirit at work in the lives of so many people, all with a different story to share of how they have encountered God’s transforming love.”