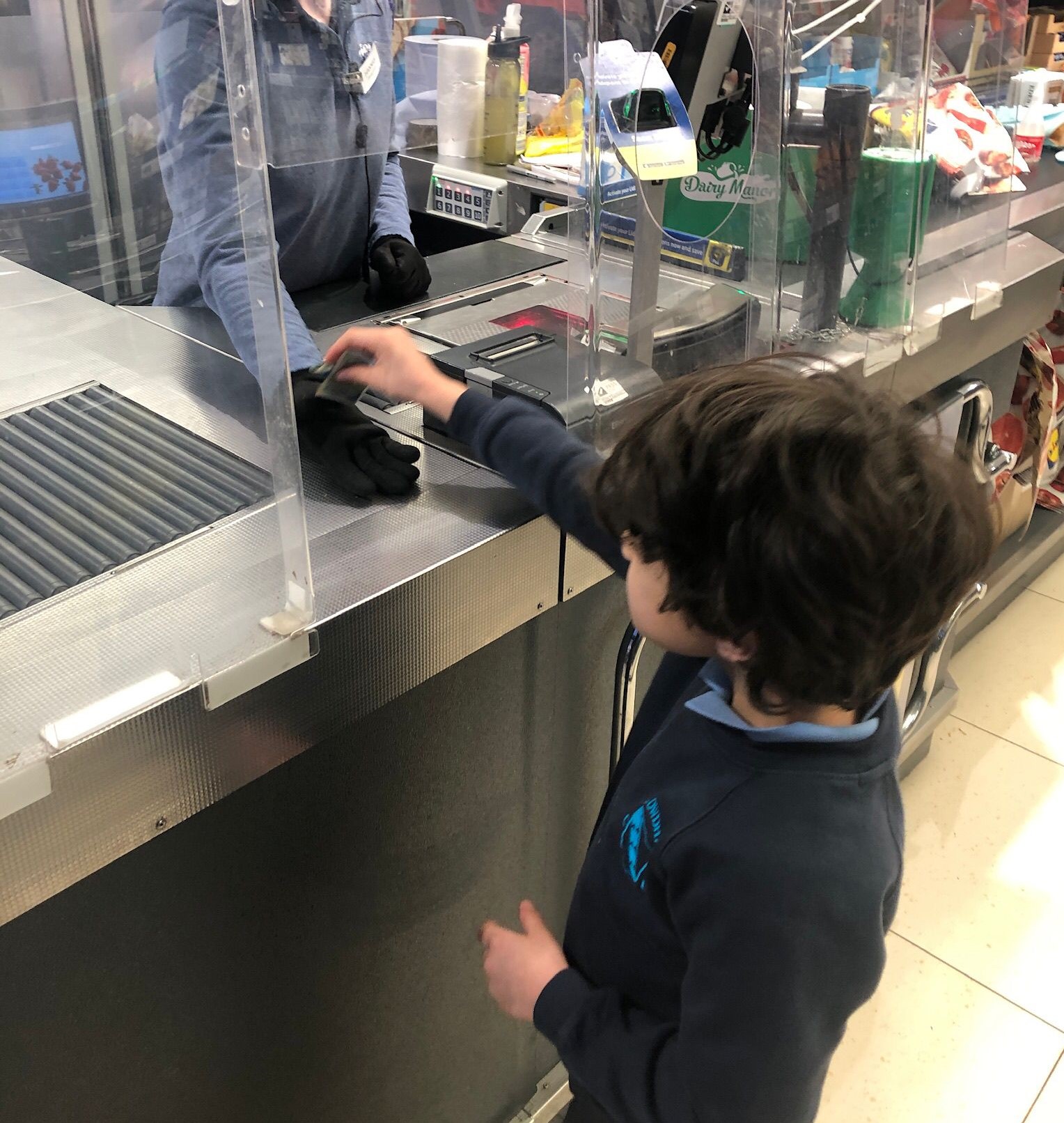 Pupils in the diocese are leading the way in supporting Ukrainians with prayers and donations – often completely unprompted.

A Lowdham C of E Primary School pupil used his own money to buy nappies and baby food for Ukrainian refugees in Poland. His mum matched his money so he could get twice as much.

The Year One pupil’s money box appropriately has “be the change you want to see in the world” on the front.

His mum said: “The school and us as parents work together so pupils are shown what it is to be compassionate. They have an incentive called Heart Smart which reminds them to love themselves and to be thoughtful of others. Lowdham learners are a community.”

Pupils in Year Six have also created a prayer chain with Ukrainian flags to display in the classroom.

Ben Waldram, the headteacher, said: “It is a genuine joy to see our children living out our values – by Reaching out and Loving others, they demonstrate in so many ways how we should all live. The children are an inspiration and definitely reflect our motto of ‘shine like stars’ (Phil. 2:15). All children are encouraged, empowered and motivated to be courageous advocates and to champion those who need it most.”

During their collective worship, Ukraine was mentioned alongside the Christian theme of compassion on Monday. Mr Shah used Jesus’ description of a neighbour, including how that doesn’t always mean somebody close to us.

One child mentioned the starfish story which is an assembly the school has at the start of every school year. In the story, a person is throwing starfish on a beach back into the ocean. The pupil said that they knew they won’t be able to help everybody, but if they can help one person, then they would have done something good.

Mr Shah said: “We couldn’t be prouder of our children today. They have worked incredibly hard, under their own initiative, to generate vital funds to help incredibly vulnerable families in the Ukraine. We have been overwhelmed by our whole school community coming together to support this cause, raising a total of £813.60 so far today.

Today has been a beautiful and pure example of our core values in action. Compassion, Care and Love running through our school like golden threads.”

The school will send the donations to the British Red Cross Ukraine Appeal, which have also come flooding in from the community, and they have written prayers.

The Archway Trust has also set up a space to pray for Ukraine with messages of hope.