Safeguarding | Find a Church | Our People | Search | Contact Us 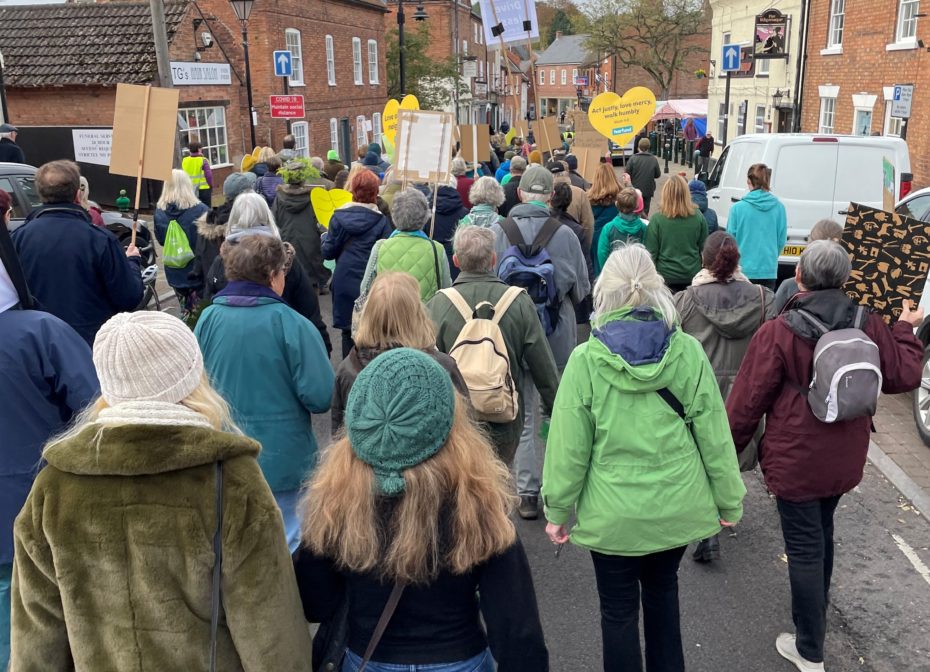 During COP26, hundreds of people marched through Southwell to show their concern for the climate as part of the Global Day of Action.

The Southwell Climate March was organised by Green Southwell and the Minster Environmental Action Group. The theme was “Listen to the Leaves” to reflect the Minster’s position as one of the few rural cathedrals in England as well as the Minster’s Chapter House.

The group wanted to show that the community are listening to what nature is saying in order to prevent catastrophic climate change while recognising that we are already seeing the impacts.

The march began with an excerpt from church leaders’ joint statement on the climate:

“We stand before a harsh justice: biodiversity loss, environmental degradation and climate change are the inevitable consequences of our actions since we have greedily consumed more of the earth’s resources than the planet can endure.

But we also face a profound injustice: the people bearing the most catastrophic consequences of these abuses are the poorest on the planet and have been the least responsible for causing them.”

Attendees were encouraged to wear green and bring leaves with concerns and hope to display in the Minster.